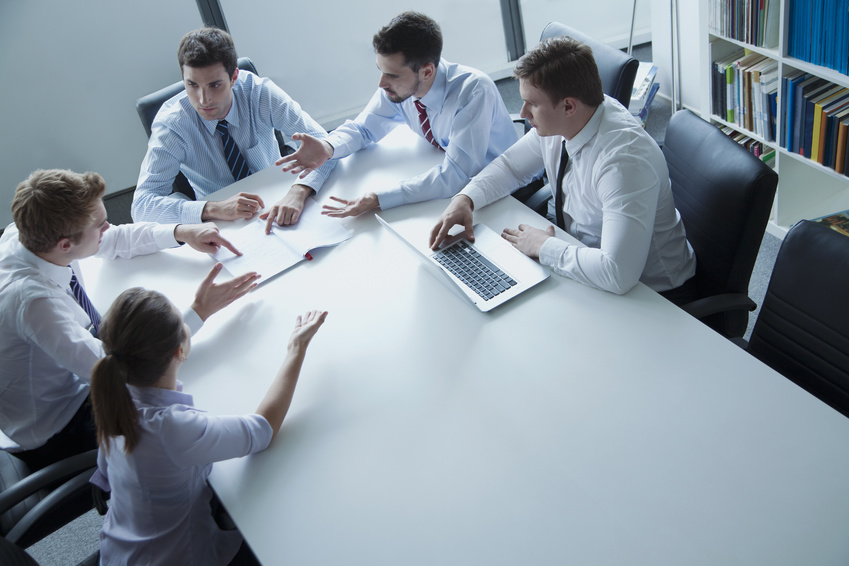 How do you feel about conflict? Too often, we see examples of conflicts that stall out or escalate, leaving the people involved feeling burned — like what we’re seeing in the United States, where political parties refuse to fully hear each other.

But it doesn’t have to be that way.

You can resolve, dissolve, and transform the apparently clashing interests into something that serves everyone better.

I believe that when we use the five principles below, we begin to use the hot, fiery energy of disagreement and nurture it in intentional ways, so we make a type of alchemical shift into positive possibilities.

I invite you to try on these five perspectives the next time you find yourself in a conflict.

Share the intention to create the highest good for all involved

Researchers are showing that our thoughts can change our life and the world, as science writer Lynne McTaggart cogently explains in her book, The Intention Experiment. When we set positive intentions, we activate a force for good. It’s like our thoughts travel on waves, and can be felt.

When you find yourself in a conflict, especially if people are turning angry or getting upset, you can invite the others to share in this intention: “I hold the intention that through our interactions — even those we judge in the moment to be “bad” or “uncomfortable” — we ultimately create the highest good for all involved.”

And then you can ask, “Would you be willing to agree to this intention — or offer an even better intention?” You’re essentially allowing for something positive and beneficial to emerge.

Even if others won’t agree with you, you can invoke this intention for yourself. I’ve seen it work, including working with a client, Veronica, whose manager was regularly berating her for work that did not meet his high standards. While she would repeatedly try to get time with him to discuss his needs before submitting her work, he would refuse, and he would criticize her work in open meetings. Veronica began to feel small and insignificant.

I asked Veronica to hold a positive intention that they could resolve the conflict.

A week later, her manager walked into Veronica’s office and said, “Am I listening to you well enough?” She was stunned that he asked. She gathered her courage and said, “It’s the timing of our meetings. When you listen, you do a fine job. I need you to listen when I bring you questions — and I’ve asked four times for a meeting, but get no reply. Then, I come to our weekly conference, and you share feedback that I was seeking before the conference. I feel embarrassed to be missing the mark. My request is to make time to tell me your visions before I start a project, so I can hit the mark.”

He heard her. Even though he could still be gruff, her manager supported Veronica. He even promoted her three months later. Her positive intentions worked.

See everyone involved in a positive light

Especially when tempers are flaring in a conflict, we’re prone to see people in a negative light, and to label them, “She’s a b*tch!” “He’s a jerk!” These expressions do not help matters, and can really shut down discussions.

Instead, I encourage you to take some time to stand in someone else’s shoes — and have some empathy. Yes, even for the difficult people. They’re really just pushing your buttons — the same behaviors that are making you want to tear your hair out might not upset someone else.

Did you wake up this morning and think to yourself, “I think I’ll be obnoxious?” No. But someone may have perceived you that way. But they might not know you had a crazy commute and a nasty argument before you got to work, so you’re not performing at your best.

Before you go to judge someone, remember: Everyone is always doing the best they can.

Open up and reveal your needs

To resolve conflict, we need to know each other’s needs. The following story reminds me that until we share our needs, we may create suboptimal solutions.

Two cooks were on a retreat, standing in a collective kitchen. Both went to reach for the last orange available. Who should get the orange? They decided to cut the orange in half, thinking that was fair.

One went back to her counter space and started squeezing the juice of the orange. The other found a grater to access the orange rind for the zest.

If they’d discussed their needs, they would each have gotten more of what they needed.

In conflict situations, it’s helpful to share “the orange story” and say something like, “I’d like us to both get the most we can out of this situation. Let’s share our underlying needs, so we can address them optimally. I’ll start by revealing my needs. And how about you? What are your needs?”

When we know what the other person is worried about, we can help them to avoid experiencing the unwanted situation or consequence.

Likewise, when we know someone’s wishes, we can help to fulfill them. This helps create mutually beneficial solutions that invoke a shared “power with” each other, rather than a “power over” that dominates.

Conflict is an organic process, meaning that we don’t really know all about how it will flow, and we certainly don’t know what will emerge. The more we can be open to new possibilities, the more we can receive positive surprises, as Veronica did with her manager.

I encourage you to share with your conflict partners this wisdom (feel free to re-phrase to fit your style): “If either of us has an idea in our minds about how this conflict should look when it’s resolved, I invite us to dissolve any rigidity about the outcomes. I encourage us both to allow in the fluidity of new, yet unseen possibilities, ones that serve the highest good of all of us, to emerge, so we can both feel great about having navigated from conflict to co-creative, collaborative outcomes.”

When you gain a fresh perspective on the beneficial powers of conflict, and you learn the tools to transform it, you move from the angry clashing “power over” paradigm to the embracing, expansive possibilities of “power with” paradigm.