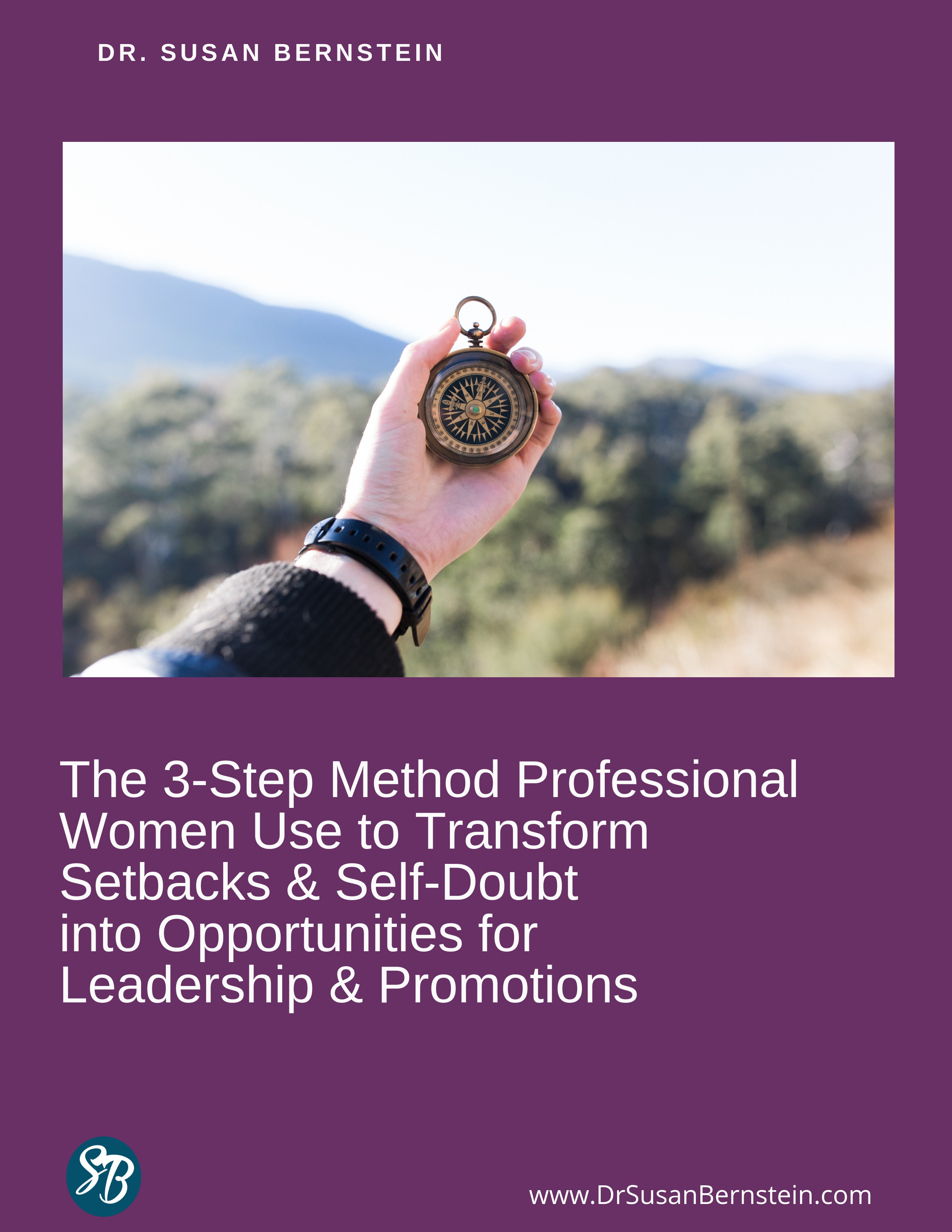 It’s turnaround time for you!

Thanks for signing up for your guide, “The 3-Step Method Professional Women Use to Transform Setbacks & Self-Doubt into Opportunities for Leadership & Promotions”

And if you’re experiencing self-doubt or a setback in your career, scroll down to read the inspiring stories of how coaching helped Marcella, Barbara, and Linda to regain confidence & elevate their leadership.

Want more help? I’d love to talk with you! Click below to set up a complimentary consultation.

Situation:   Barbara (name changed for privacy), Director of Tools Development at a consulting firm, was exhausted from working too hard. She felt spread too thin, and she sensed that leaders senior to her did not listen to her or take her seriously.

Complication:  With highly specialized, cutting-edge expertise, Barbara felt ignored or overlooked when she would share suggestions for new products and services. Her manager just kept telling her to “push through” her initiatives, but it just left her feeling “pushy,” and not getting results.

Approach:  Our coaching helped Barbara prioritize what work needed to happen, what could be delegated, and what could be dropped. She also discovered how to boost her visibility & influence with more senior leadership.

Result:  Barbara started working less, focusing her attention on just a few vital projects. She gained credibility and won a promotion. She also attained greater exposure in her industry with the thought leadership I helped her articulate. She felt more powerful and on-purpose, and that gave her incredible confidence.

Meet Marcella: Bouncing Back After Being Massively Misperceived

Situation:  While her company had been around for years, they had some employees who weren’t pulling their weight. It fell to Marcella (name changed for privacy) to explain to people why these people, many of whom were beloved, had been terminated.

Complication:  The experience falsely positioned Marcella as being unfair & unjust. She was demonized for months at work. While she ultimately got back to her focus on her role as Marketing Director, the experience left her with scars of self-doubt.

Approach:   In working with Marcella, we first focused on remedying the toxicity of her situation, to her regain her self-esteem & confidence. Next, we turned our attention to her longer-term aspirations, so that she had an inspiring “true north” to pursue in her career.

Result:  Marcella was excited to gain clarity about what mattered to her professionally. When a Senior Vice President role opened up, she held her ground and chose not to pursue it — despite pressure from senior leadership. Instead, she built expertise in her true areas of passion. Marcella reunited with her grad school alumni & former colleagues. Her networking opened opportunities for her to speak about issues she cares about, raising her visibility.

Complication:  As the only woman remaining, Linda was frustrated that the colleagues who had once been collegial became hostile. She felt attacked in meetings, especially by the VP of Finance, with whom she frequently needed to coordinate. A strong, commanding woman, she was hurt that it seemed everyone was ganging up on her.

Approach:  Our coaching focused on training Linda to diagnose & remedy the complicated power dynamics on the Senior Leadership Team. At the same time, we upgraded her self-talk in this tough time.

Result:  Linda weathered the buy-out, and turned her biggest detractor into her greatest supporter. Tthe CEO, who had often overlooked her, came to see her as a vital advisor. Linda regained her confidence. When the buyout took place, she was recognized for her leadership and was rewarded with a prime promotion.