Six wise ways to deal with controlling people at work 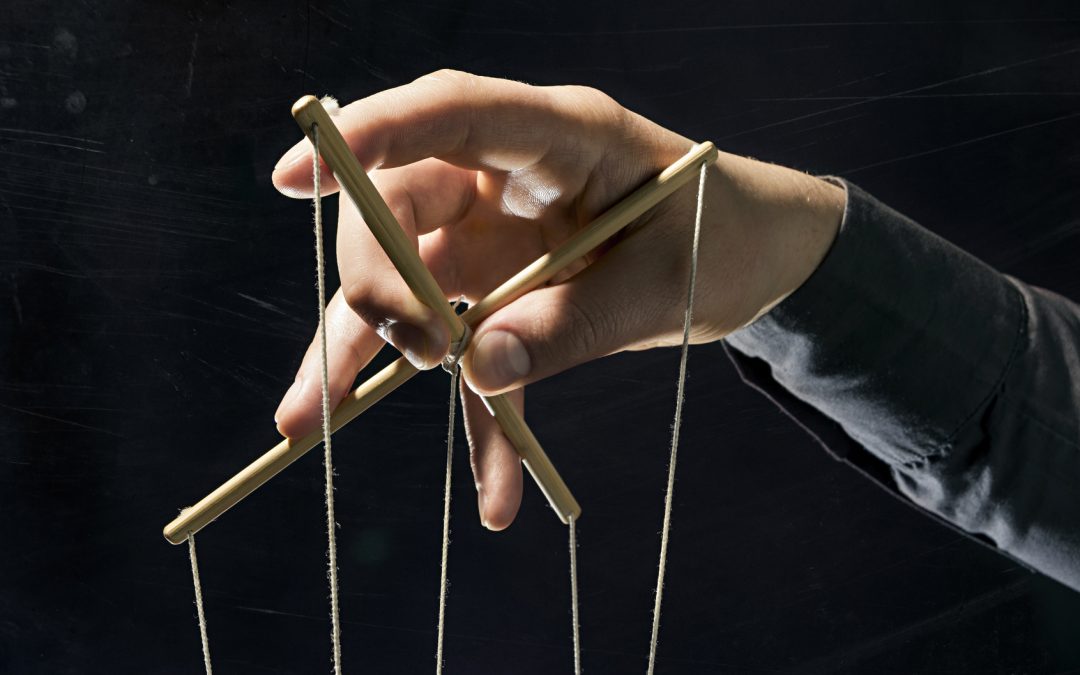 Cynthia was grumbling to me about her fate. Her colleague, who I’ll call Betty, kept getting under her skin all day long, making her both furious and exasperated.

“I’m going crazy!” Cynthia shouted. “There’s a woman in my department who makes everything into a drama. Finding out the answer to a mildly complex financial policy question could be accomplished by a five minute conversation, especially because her office is just two doors down from mine.”

“But does she talk to me? No! Instead, she creates an email thread that goes on for at least 20 exchanges and takes five days. She seemed to need to prove how important she is, but this answer is just one small part of what matters on a much bigger project. Betty draws projects out and interjects herself all the time. I’ve complained about her to our manager. So have many others. But months later, she’s still there. I’m starting to wonder if I should leave?”

In response, I asked, “Would controlling be a word you’d use to describe Betty?” Immediately, Cynthia let out a giggle. “Well, yeah of course!”

When someone regularly seems to grab at work, it can be incredibly taxing.

What do you do about it? How can you preserve your productivity — and your sanity?

I’ll share some of my top suggestions for people who are displaying controlling behaviors. (I strive to call people doing these things a name other than “control freaks” or “controlling people,” because those are labels that tend to stick and prevent change. I prefer to see them enacting behaviors — rather than displaying fixed traits — driven by circumstances and psychology. But sometimes, I slip up, and use a label, rather than describing the behavior.)

First, we’ll look at the typical behaviors of controlling people and understand their typical motivations. Then, with that context, we can then delve into how to deal with them.

How people behave when they’re acting in controlling ways

People who grab control tend to hold or hoard or avoid sharing information because it makes them feel more valuable to the company.

They may do tasks and projects in a way that often adds unnecessary steps, which leaves team members frustrated by delays.

They may interrupt people in meetings or denigrate people because they have a hard time confronting other people’s success, and consciously or unconsciously try to sabotage others as an artificial way to build themselves up.

They may give the appearance of being heroes and martyrs for working long hours, often because they work solo. They often avoid delegating tasks, which may preclude others from learning new skills.

It’s common to hear them laud themselves while putting others down. You might hear a phrase like “Because I’ve been at this company for 15 years, I know what I’m talking about (implying others don’t know what they’re talking about). Or “You only underrated the basic issues here. You’re not the expert,” which is demeaning and dismissive, and deflates morale.

They seem to pat themselves on the back a lot. You’ll hear reminders of their accolades and accomplishments, often long after they’re relevant. “I did win employee of the month in January, you know?” But they seldom praise others.

They act in ways that give the impression they think of themselves as special and too good to be bothered with common tasks. When everyone in a group is asked to pitch in to complete an extra initiative, they may find a way out.

Why they do it

Why would anyone drag out a task, work long hours, go solo, laud themselves, put others down, and avoid collaboration?

In general: They’re feeling inadequate and inferior. They want to hide the shame they feel at not being better — whether that means they wish they were smarter, more attractive, more engaging, more adaptable, or otherwise able to excel in their role.

This perceived deficit leads them to focus on getting the details of the job done. They often see other people as getting in the way of progress, or view people as being uncomfortable to work with. They’d just like to do the work alone and get out.

If they have a job that’s really too small in scope compared to other people’s roles, they may try to puff it up — and themselves, too — by making things seem complex, when they actually aren’t.

To someone — like you — who just wants to get their work done, this kind of behavior can drive you batty.

So, what can you do to make things better?

How to handle controlling behaviors

I’ve got six recommendations on how to address controlling behaviors:

(1) Recognize that this person is hurting.

When someone regularly tries to grab control, it’s generally a sign that the person feels inadequate. But they dare not admit it. And you don’t want or need to pint that out. It would only worsen the wound and make you an enemy. So, simply recognize it, so that you can have a bit more empathy.

People want different outcomes. For example, some people want to push an agenda, like getting a promotion or heading up a big project. Usually, their choices are driven by a desire for money or recognition. If you can understand what “makes them tick,” you can better diagnose how to create a new goal or transform an existing one in a way that allows everyone to succeed, not just them.

(3) Challenge and inspire them to do things more efficiently, more collaboratively, and more positively.

You might say something like this to gain greater efficiency, “When you go fast, you make our processes stronger. I’ve seen you do it before on the Hoffman account. I bet you can be efficient like that with our current project, and make things even smoother. What do you imagine it would look like if things were going smoother? You’d be great at adding to that smoothness, am I right? How can I support you in generating this efficiency?”

You can share a similar perspective to coax out more collaboration and positivity.

(4) Support them to build up and elevate others

You want an organization that allows people to succeed. So look for projects and processes where the controlling person is able to benefit others, and praise and reward them for that behavior, so they do it again and again.

What kind of training could you encourage them to do, regularly or informally? Can you make them a mentor to a junior person who would be outwardly appreciative? What skills do they use naturally that you could encourage them to share with others?

“I wonder if you’re aware that when you do X, it has Y impact on me. That’s hard on the business because Z. So, I’d like to work together to shift that. My suggestions for making the shifts we need to get the business results we’re seeking are A and B. Which one of these sounds best to you?”

You want to let this person know that they’re making business harder, and offer suggestions. Even if they hate your suggestions, you can ask them to toss out their own, so you can brainstorm solutions together.

“I wonder if you’re aware that when you take five days to answer my business question via an exchange of at least 20 emails, instead of dropping by my office and chatting for a few minutes, it really impacts me. I wind up with a 2 to 3 day delay getting back to my customer, who is then furious with me. My suggestions for making the shifts we need to get back to customers in a timely way is to schedule times each week when we can tackle our open business issues. Or, you could knock on my door and address the quick question right away. Which one of these sounds best to you?”

(6) Document how they are costing the organization – in wasted time, time delays, harassment, and so on.

If, after trying steps 1 to 5, the behaviors are still persisting, it’s time to escalate the issue to senior leadership. Notice I said “issue,” rather than individual. Leaders prefer to solve problems, rather than trying to sort out thorny people problems. Besides, at heart, you do want to get business results through people, but blaming or finger pointing at people generally makes you look bad.

Generally, it’s not too helpful to talk about how much you dislike or are frustrated by a co-worker, because that can sound like criticism that’s hard to address. For example, if someone tells a manager “Betty is so controlling and she drives me crazy”, what does the manager do about that? The unintended impact is that the criticism can reflect badly on the person dishing it up.

So, instead of whining or complaining to your manager about someone and how much they frustrate you and/or your teammates, frame the impact in business terms. For example, if it took 5 days to a resolve a problem that should have taken 5 minutes, what’s the financial cost? Who winds up with bottlenecks because of the delays?

This way, if the individual’s behavior becomes too problematic, management can decide to counsel them out. They can also do an analysis of whether it’s more costly to keep them or to let them go.

Of course, it’s no fun to deal with someone who controls, and impedes others from doing their best work. Try out these strategies to ease your situation. Then, if your organization isn’t taking action, you’ll learn a lot about what they value in the culture. It becomes time to assess whether or not that culture — one that would keep someone who prevents work from getting done — resonates with you or not.

If you learned something or got insights from this article, please share it!