When you ask questions, do you seem like a leader or a follower? Find out. 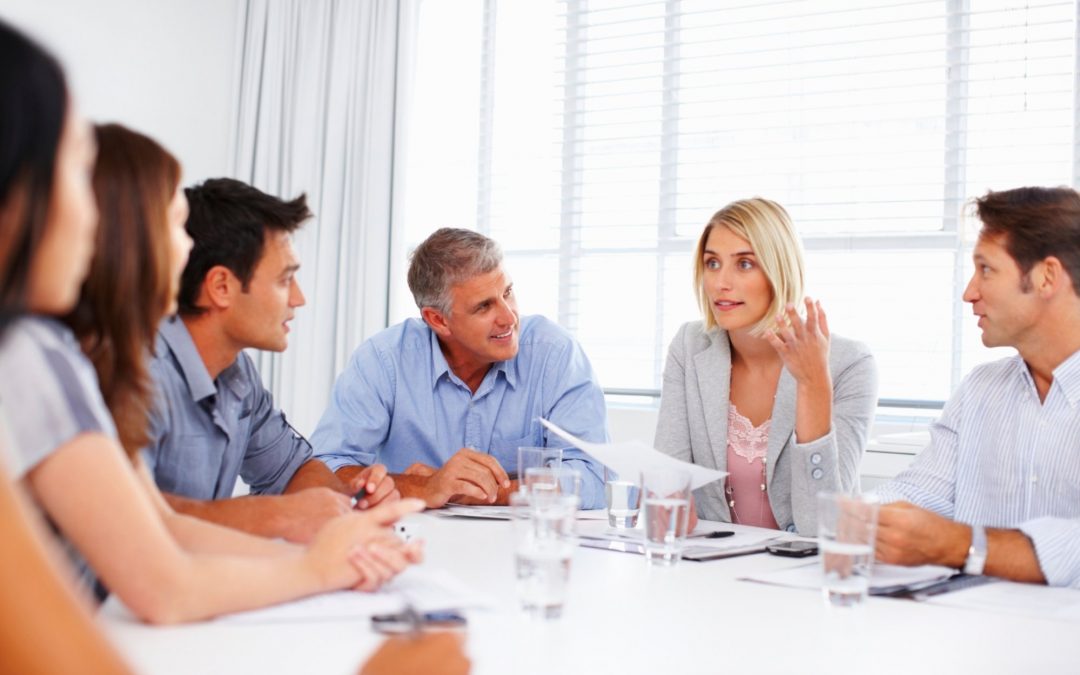 So, you’re frustrated because you keep trying to show that you’re ready to step into a leadership role. But it’s not happening.

You’re puzzled, because you know that you’re smart, accomplished, and you care deeply about your organization’s mission. You’re always the one pitching in, staying late, and doing whatever it takes to getting the important things done at work.

But for some reason, you’re not being tapped for leadership roles. When they come up, you’re passed over.

Lately, I’ve been noticing a habit holds back very nice, very thoughtful professionals from getting promoted.

It’s about how you ask for what you want.

Here’s an example of what I mean.

Gloria is a super-earnest communications manager for a large regional logistics company. She was talking to her manager, Marcus, about buying some new software to handle tracking media inquiries for his department. Gloria had already done a lot of research on the various vendors, their capabilities, and their pricing.

I was helping Gloria to demonstrate greater confidence so that she could be moved into a leadership role. I asked her what was happening with the software selection. She was concerned about how to present the findings from her vendor research to Marcus. We decided to role play what he’d say to Marcus about the vendor she thought was superior, so she could go ahead and make a purchase.

Gloria shared a PowerPoint with a diagram of all the different software she’d researched, plus ratings for each of 10 criteria. Based on her findings, she knew which software would be best for their company. She ran through all the factors with me, and as she was modeling what she’d say in a presentation to her manager, she ended with, “So, Marcus, would it be OK if I go ahead with buying the Starship Software?”

I cringed. There we were, meeting over Skype, and Gloria saw my face draw inwards, my brow furrow, and he heard me make a little gasp.

“Oh, what did I do wrong?” Gloria asked, her voice sounding very stressed.

“Gloria, you just asked your manager for permission. Did you hear that?”

After a brief pause and an audible gulping sound, Gloria sighed, “Yep. I wanted to know if my choice was acceptable. What else would I say”

Imagine a powerful CEO talking to her Board of Directors about an investment. Would she ask them, “Can we make this investment?” Would she sound very confident or persuasive?

So to be taken seriously as a leader, when you ask for what you want, do it in a way where you’re checking for agreement, rather than asking for permission.

Because when you do the latter, you sound younger, dare I say more “child-like” to your manager. And while I understand any deference you’re trying to display, you’re putting yourself in a secondary position, rather than acting like a peer, an equal.

So, with Gloria, I suggested that she re-phrase what she said to Marcus, “So, based on my analysis, I would like to go ahead with buying the Starship Software. Would you agree to that?”

In this way, Gloria can assert her desire, and check in about that. She’s more powerful, because she states what she would like to do. And then checks in about that.

She can even add a phrase at the beginning, to get on the same page with her manager: “In order for us to optimize all the factors we’re considering,” and then she can go on to say “I would like to go ahead with buying the Starship Software. Would you agree to that?”

So, my encouragement to you, if you want to be taken more seriously at work, is to:

Move away from asking for permission.

Move towards checking for agreement.

“In order for us to (then state your shared objective)…I would like to (what you intend to do)…would you agree to that?”

And watch your credibility rise.

Thank you for reading! Did you enjoy this article? Please click on one of the icons below, and share it.